Everything you ever wanted to know and then some. 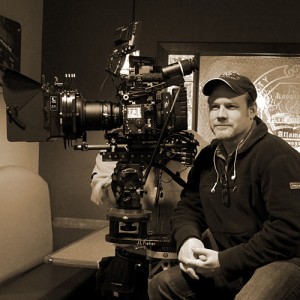 With more than 30+ years in film and video production, Tracy is an award-winning director and brings his expertise in production and marketing to the team on a daily basis. (Translation: He’s the oldest guy here. I mean, the boss.)

In addition to pouring his heart into every project, he enjoys spending time with his kids, being in the outdoors and ruining a good walk with a game of golf. (I may or may not have witnessed this.) 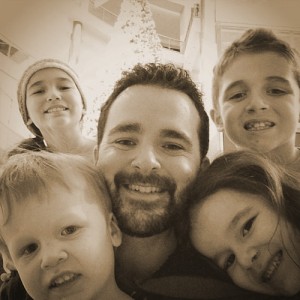 Joe (I’m the one in the middle) is known around these parts as the MacGyver of business. Just give him a paperclip, a map, and his trusty Swiss Army Knife and he’ll find a way to make it happen. (Okay, so I don’t actually carry a knife.)

In addition to figuring out how to bring the team’s creative visions to life, spicing up everyone’s bios on this page, and writing children’s books, Joe loves making memories with his family, visiting the North Shore of MN, and seeking adventures, wherever they may be. 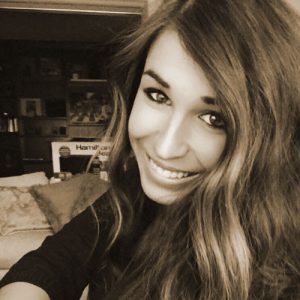 Missy is in charge. (that period is there for a reason) But beyond that, she says she’s here to serve the team (aka keep track of everything) and do things that make the world a better place each and every day.

When she’s not running the show from behind the scenes, you can find her on various adventures with her beau, reading a good book, or just relaxing at home (we let her rest sometimes). 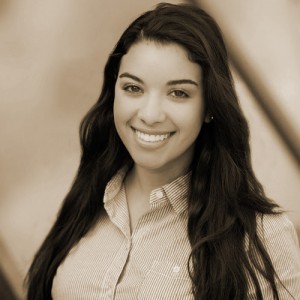 Vanessa’s favorite types of stories to tell are ones that are not safe. With that comes a career of producing documentaries, marketing pieces, and short films that challenge others and herself to live her life a little more boldly. (She’s way nicer than this makes her sound.)

Having fun along the way is important to her (see, we said she was nice), but then again, it doesn’t take much to keep her happy: people, good food, and new places to explore. 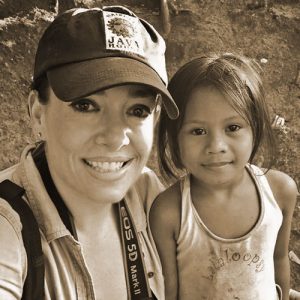 Tanya is a California native who found her way to Oklahoma (no she didn’t lose a bet) by working for Feed the Children as a Sr. DRTV Producer / Writer for 16.5 years. In that time she traveled over a million miles telling stories of people in need around the world.

In her spare time (What’s that?) she loves to be with family and friends, travel, and well… work some more.

Her passion and purpose for getting out of bed every day is to not just make a living, but to make a difference (and see all of us, she misses us at night). “I want to get to the end of my life knowing I did my very best in the service of others, and trying to bring some light and hope into this world. 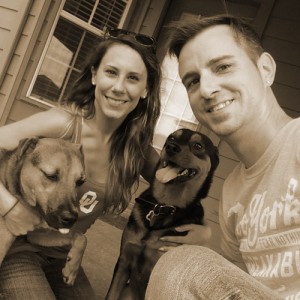 From storyline production, to graphics & editing, to final delivery, Phil stands behind a consistent, industry-leading, digital post-production process that supports all of TCM’s important clientele. (Look at all of that fancy corporate speak.) 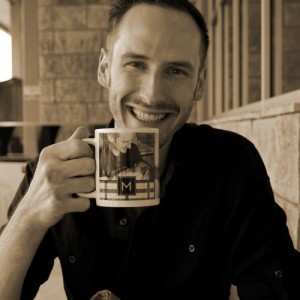 Dan brings his high-octane personality, ability to handle various aspects of the production process, and an unyielding sense of humor to our team. (Trust me, it’s unyielding… and funny.)

When he’s not wading in the creative workflow (…what did he step in now?), he loves creating memories with his wife and three young sons. 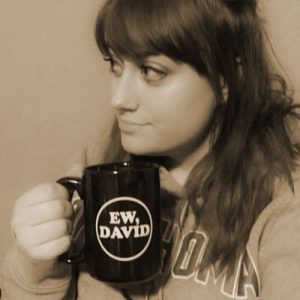 Born and raised in T-Town (that’s Tulsa for you outsiders), Taryn has traveled the world in search of the perfect 음료수 or bebida (that’s Korean and Spanish for beverage – she speaks both languages and currently it’s Diet Dr. Pepper for those keeping track at home). She studied film and TV in Korea for a year and is now honing her edit skills in the TCM Edit Suite (which can feel like another country sometimes).

When she’s not ignoring the guys so she can get her edits done, she loves playing classical guitar, going for long drives (presumably in search of fresher air than is in the edit suite), and hanging with her cat Kai and dog Sammie. 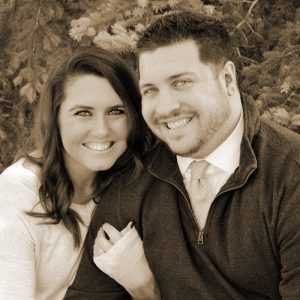 Director of the Neuro-Fundraising Lab

After earning his doctorate from Central Michigan University, Steve spent two years as a Postdoctoral Fellow at North Dakota State University (It was cold.) where he was supported by grants from the National Science Foundation and the National Institute of General Medical Sciences. Steve specializes in Cognitive Psychology and spent much of his training using eye tracking technology to explore how people understand text in addition to the ways in which action affordances may influence reading and visual processes. (He’s smart.) Having spent a decade designing, performing, and analyzing research studies in academic settings, Steve was ready for a new challenge. (Honestly, he just wanted to hang out with us.)

Although research keeps him quite busy, when he’s not in the lab, Steve enjoys spending time with his wife, Heidi, and their dog, Sophie. He also enjoys the outdoors, especially if it involves a round of golf. (Only good golfers say that.) 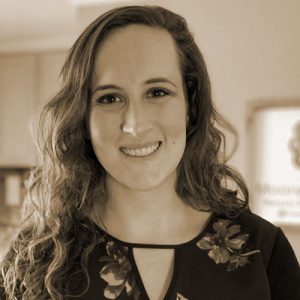 Another Tulsa native (I think they’re plotting to take over) Erinn has always been interested in what motivates human behavior. Armed with her degree in Strategic Communication and a minor in Psychology (we’re getting a couch so she can analyze us) from Texas Christian University, she’s found a home in the lab.

When she’s not analyzing donors (or us), you can find her working out (she has over two million meters logged on the rowing machine. Yep, million. That’s only 1,999,998 more meters than me). She also loves traveling and spending time with family and friends. 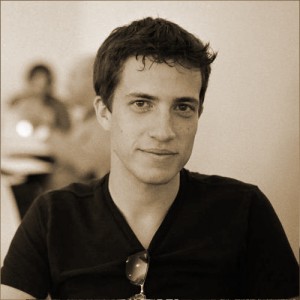 A certified tech geek by day, and hockey player by night, Jon is our resident Canadian and brings the TCM nice factor up at least 63.4%.

When he’s not telling us the technical specs of the latest camera, he can be found on the ice, dodging hockey pucks, or spending time with his lovely wife. (She brings our nice factor up another 22.7%.) 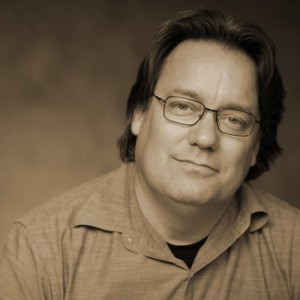 When he’s not keeping the team in check on-set, he loves spending time with his wife and two talented kids. (Like, super talented.) 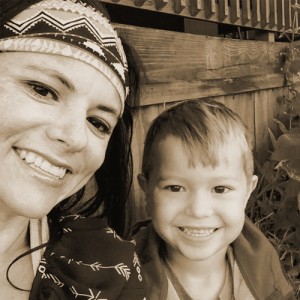 With over 12 years of accounting experience, Carol does the job all of the creative people at TCM Creative are afraid to do. (No funny quips here; we don’t want to have to do this work.)

When she’s not taking care of the finances, you can find her sewing, quilting, or chasing her two boys and husband across the countryside of Oklahoma. (Yee haw!) 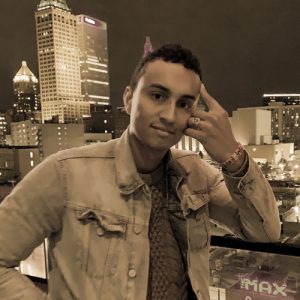 One of our favorite Johnny Cash classics, “I’ve Been Everywhere” could have been written about our very own Stephen Sealey. (But it wasn’t, cause he was only 6.) Making his way across the country as a news reporter, Stephen’s love for telling stories that matter has brought him to TCM Creative (that and his love for… well, you’ll have to ask him that).

When he’s not helping share the amazing stories that we get to hear on a daily basis, Stephen can be found playing video games, reading horror or history books, and cheering his multiple losing sports teams: Bengals, Cardinals, and Blues. (Well, the Blues are winners now, right?) 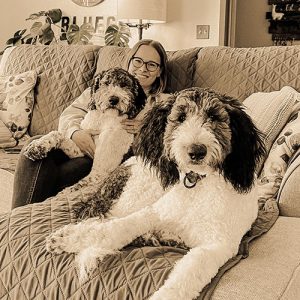 Besides having two adorable pups (who no doubt help her in knowing how to deal with us production folk), Hannah has a background working in mental health, and a heart to serve (which means she fits right in at TCM).

When she’s not working, you can find her spending time with her husband and their two fur babies (so cute we had to mention them twice, the puppies, not her husband, although we hear he’s quite fetching too). They love traveling and experiencing new places together. 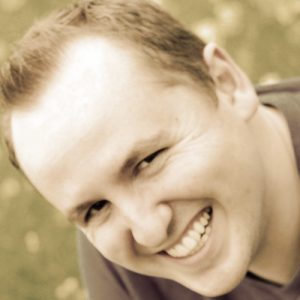 Born and raised in Tulsa, OK (it’s official, we’re being invaded), Kyle graduated from Jenks before getting into production.

Having directed, edited, and written scripts (I think he’s aiming for my MacGyver title) he’s been in television commercial production since 2006.

In his spare time he loves directing music videos and short films. His films have won numerous awards at various film festivals around the country and he’s got more in development (I’m going to need to start a film/award support group for him and Tracy). 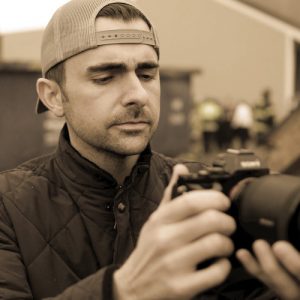 With almost a decade in production (that’s like 100 production years) and a passport filled with world travel facilitating live event production, Derek has found a new home at TCM where his skillset makes him a “Swiss Army Knife of Production” (I feel like someone else mentioned this in their bio).

When he’s not stealing phrases from other team member’s bios you’ll find him enjoying music, coffee, bourbon, golf, and the wit and wisdom of Chris Farley.